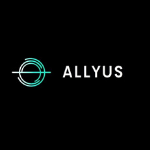 Allyus is a platform like LinkedIn but for politics, it allows citizens to better communicate with politicians and each other. The location based technology allows both voters and politicians to understand demographic data within their constituencies in real time. It also provides Politicians with up to 100% organic targeted reach at a fraction of the cost instead of needing to compete with other forms of content on Facebook, Instagram and Twitter. In recent months I have completed the beta which signed up over a dozen politicians in the United States.

The posts can be set to a specific location which allows only the stakeholders in the issue to weigh in and engage their local official. This gives value to the politician who can then retarget his potential voters at no cost during his term or during a re-election campaign. This can save thousands of dollars in social media ad spend while simultaneously giving the people a stronger voice and better understanding of where their constituency stands on current issues.